When businesses can compete for investment globally, they create jobs locally.

About the EB-5 Investment Coalition (EB-5IC) 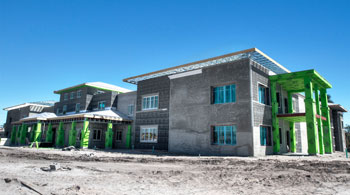 The EB-5 Investment Coalition (EB-5IC) is a broad-based organization of businesses, industry leaders, trade associations and elected officials mobilizing around the shared mission of putting Americans to work by reauthorizing and strengthening the critical EB-5 Regional Center Program. We’re a bipartisan coalition representing a diverse range of geographic regions and industries but are united in our conviction that America cannot afford to sit on the sidelines in today’s increasingly competitive global economy—especially not when tens of thousands of jobs and billions of dollars in investment are at stake.

Our members have seen firsthand the power of EB-5 to promote dynamic local economies, competitive free markets and homegrown American jobs – all at no cost the taxpayer. That’s why we’re working to not only reauthorize but also strengthen this key bipartisan policy, through a series of targeted reforms that would make the EB-5 program even more effective, accountable and secure. With the EB-5 Regional Center Program set to expire in September, we are committed to working with Congress and other key stakeholders to advance robust, common-sense reforms that ensure the strongest possible EB-5 program is reauthorized for the future. 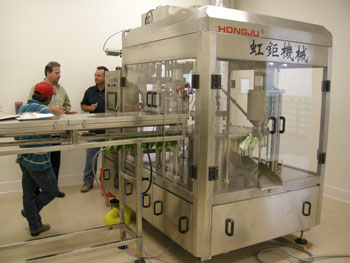 This beverage company in Los Angeles built its own manufacturing plant with the help of funding from the EB-5 visa program.

For a quarter century, the EB-5 visa program has served as a key tool for financing economic development projects across America, promoting job growth and business investment in cities, suburbs and rural regions throughout the U.S—all at no cost to the taxpayer. EB-5-funded projects span an incredibly diverse range of regions and industries, from charter schools in Utah and manufacturing plants in South Carolina to health care facilities in Chicago and ski resorts in rural Vermont.

The Brookings Institute estimates the EB-5 program has generated at least $5 billion in investment and directly created at least 85,500 American jobs since its creation, with most of these gains realized since 2010 as the EB-5 Regional Center Program has become better utilized. Further, the number of regional centers has almost tripled since the data for this report was compiled. In addition to direct jobs, the EB-5 program has supported the creation of countless other indirect jobs in communities surrounding EB-5 projects, with significant multiplier effects. For example, a manufacturing plant built with EB-5 investment may create new growth opportunities for parts suppliers, while a new EB-5 funded hotel can generate more demand for local restaurants and retail shops. All told, that’s a hefty economic punch for a program that represents just 2.9 percent of all employment-based visas.

Regulated by the U.S. Department of Homeland Security, EB-5 is an employment-based initiative that can approve up to 10,000 visas each year. The initial application requires proof of investment in a qualified project, evidence of an investment of at least $500,000 and the creation of at least 10 U.S. jobs. EB-5 applicants undergo two rounds of extensive background checks administered by the Department of Homeland Security and Department of State. First, the investor’s application is screened and, if approved, only a “conditional green card” is granted. The same in-depth review of the project and the investor’s background are conducted again two years after conditional status is granted to ensure the individual’s continued eligibility for a visa. This multi-layered screening process is substantially more robust than that of any other employment-based visa program, and pays for itself through fees.

Most EB-5 applications come through one of over 800 approved regional centers, which market the program abroad, pool investment and often facilitate the development of EB-5 projects. In the past 10 years, the EB-5 Regional Center Program has dramatically increased the number of EB-5 applications and supported the development of projects both large and small, substantially increasing the number of visas awarded and jobs created by the program.

The EB-5 Regional Center Program has been reauthorized every three years since its creation in 1992 by broad bipartisan margins.