Laura Foote Reiff focuses her practice on business immigration laws and regulations affecting U.S. and foreign companies, as well as related employment compliance and legislative issues. Laura advises corporations on a variety of compliance-related issues, particularly related to Form I-9 alien employment verification matters. Laura has been involved in audits and internal investigations and has successfully minimized monetary exposure as well as civil and criminal liabilities on behalf of her clients. She develops immigration compliance strategies and programs for both small and large companies. Laura performs I-9, H-1B and H-2B compliance inspections during routine internal reviews, while performing due diligence (in the context of a merger, acquisition or sale) or while defending a company against a government investigation. Laura publishes and frequently lectures on I-9 issues, including penalties for failure to act in accordance with government regulations, anti-discrimination laws and employers’ responsibilities upon receiving social security “no-match” letters.

Laura represents many businesses in creating, managing and using “Regional Centers” that can create indirect jobs toward the 10 new U.S. jobs whose creation can give rise to EB-5 permanentresidence for investment. She coordinates this work with attorneys practicing in securities law compliance, with economists identifying “targeted employment areas” and projecting indirect job creation, and with licensed securities brokers coordinating offerings. She also represents individual investors in obtaining conditional permanent residence and in removing conditions from permanent residence. 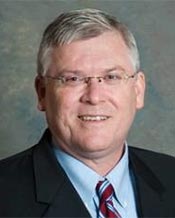 Mr. Carmichael is also involved in the structure, development and ownership of assisted living and memory care facilities using EB-5 program dollars to finance development and construction activities. Prior to becoming active in the senior housing industry and related EB-5 efforts, Mr. Carmichael co-founded and served as President of Lighting One, the first residential lighting buying co-operative in North America, with an annual volume exceeding $500 million, and over 130 locations throughout the U.S. Lighting One is now a subsidiary of CCA Global Partners, one of the top five co-operative buying groups in the world, with over $8 billion in annual sales. Prior to forming Lighting One, Mr. Carmichael practiced as a certified public accountant with an emphasis on mergers, acquisitions and strategic planning for privately held businesses, including major Coca-Cola bottlers across the United States prior to and including their consolidation into Coca-Cola Enterprises (CCE). Mr. Carmichael is licensed as a certified public accountant in the state of Tennessee. He received his B.S. in Accounting from University of Tennessee (Chattanooga) and a M.S. in Taxation from Georgia State University (Atlanta). 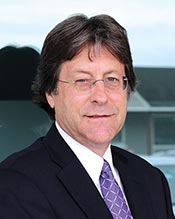 Jeff Carr is the President of EPR and as such is responsible for overseeing activities of the company as a whole. He is also involved in the management of the EB-5 Program and public policy practices of the firm.

Jeff Carr has more than 34 years of experience as an economist/analyst, with particular expertise in economic impact studies, project business plans, and regional center operations business plans for submission to the EB-5 Program, macroeconomics, economic forecasting, economic impact analysis, strategic economic development policy, housing supply and demand studies, and fiscal policy analysis for federal, state, and local government. He has served as the State Economist and Principal Revenues Analyst for the Vermont Agency of Administration for over 23 years, including the last five gubernatorial administrations. Jeff has served as a consulting economist to the Vermont Department of Economic Development in various capacities for more than 15 years.

Prior to his full-time tenure at EPR, Jeff served as Legislative Director and Economist for a member of the United States House of Representatives. He served in the Executive Brach of Vermont state government as an economist/policy analyst, as Research Director for a United States Senate campaign, and as Director of Research for a national education organization specializing in federal fiscal policy analysis. He has been the Vermont State Economic Forecast Manager for the New England Economic Partnership (“NEEP”) for the past 22 years, and has served on the NEEP Board of Directors for the past 5 years. Jeff taught economics in the Graduate School at St. Michael’s College in Winooski, VT. He has been the keynote speaker at numerous conferences and has written extensively on the EB-5 Program, economic forecasting, economic development, and fiscal policy. Jeff holds an M.S. in Agricultural Economics and a B.S. in Animal Sciences from the University of Vermont. He served on the Town of Essex Selectboard for more than 10 years, where he was the Vice Chair or Chair of the Selectboard for a total of 4 years. 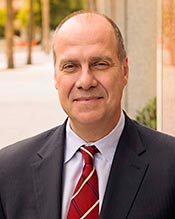 Reid Thomas serves as the Executive Vice President for NES Financial. Responsible for global sales and marketing, he brings over 20 years of sales and marketing leadership in both public and private companies in high-growth Silicon Valley technology companies. Thomas’ past experience includes leading sales with Voice Over IP pioneer Sylantro Systems, driving revenue and market share growth to a successful IPO with VINA Technologies, and Octel Communications, which was acquired by Lucent Technologies. Most recently he served as SVP of Global Sales at Laszlo Systems, a global leader and pioneer in Rich Internet Applications. During his time with NES Financial, Thomas has been instrumental in the rapid growth of the company’s EB-5 business, making NES Financial the leader in EB-5 by providing innovative solutions specifically built for the industry. Thomas’ active participation in the EB-5 community has made him a frequent and sought after author and speaker at events and conferences across the country. He has written numerous articles, blogs, and white papers on the topics of escrow and fund administration, solidifying his position as an industry expert. 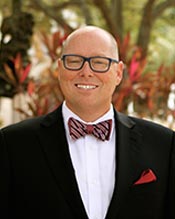 Mr. Campion is a founding member of EB-5IC, has been selected as a “Top 25 EB-5 attorney” by “EB5 Investors” for the last three (3) years, and is a member of AILA EB-5 Committee. He has lectured extensively within the U.S. and abroad regarding EB-5 and actively influences EB-5 legislation.